I’m new to SAG-AFTRA. I’ve been on board for almost three years, but I’m not new to Hollywood or the entertainment business.  The union benefits and protections SAG-AFTRA affords all of us are among the strongest nationwide.  Here are my thoughts on the state of things.

I was once in a bar in Pasadena having drinks with a commercial producer who didn’t know I was an actor. After a couple of drinks the subject of actors came up. He said to me, and I quote, “an actor will do anything for $150.”   This is what many people on the production side of Hollywood actually think. Not all by any means, many are our greatest advocates in fact, but enough people think like this for it to be an issue for all of us. Our only bulwark against people like this person is SAG-AFTRA.

We have elections this year.

Yet, I ran into two very accomplished actors this week. Both with way more credits than those displayed on my humble IMDB page. Neither knew anything about the elections or who was even running. This is unacceptable. We must all be educated on the issues that affect the union we pay dues to. If you are a member, please get educated.

As for my vote this year, I have nothing against Gabrielle Carteris, but SAG-AFTRA is in a perilous position – The changes overtaking Hollywood are of a tidal wave nature.  I’ve looked over Matthew Modine’s positions at https://membershipfirst.com/ and I’m on board. I remember him speaking at a raucous membership meeting about two years ago. Tensions were running high. When he spoke to the group he calmed both sides. It was impressive.

Change is needed and I believe that Mr. Modine is the right person at the right time to lead SAG-AFTRA forward. 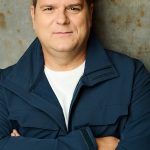 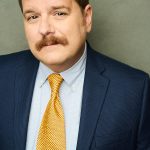 He is currently seeking theatrical representation. Contact john at johnromano.net